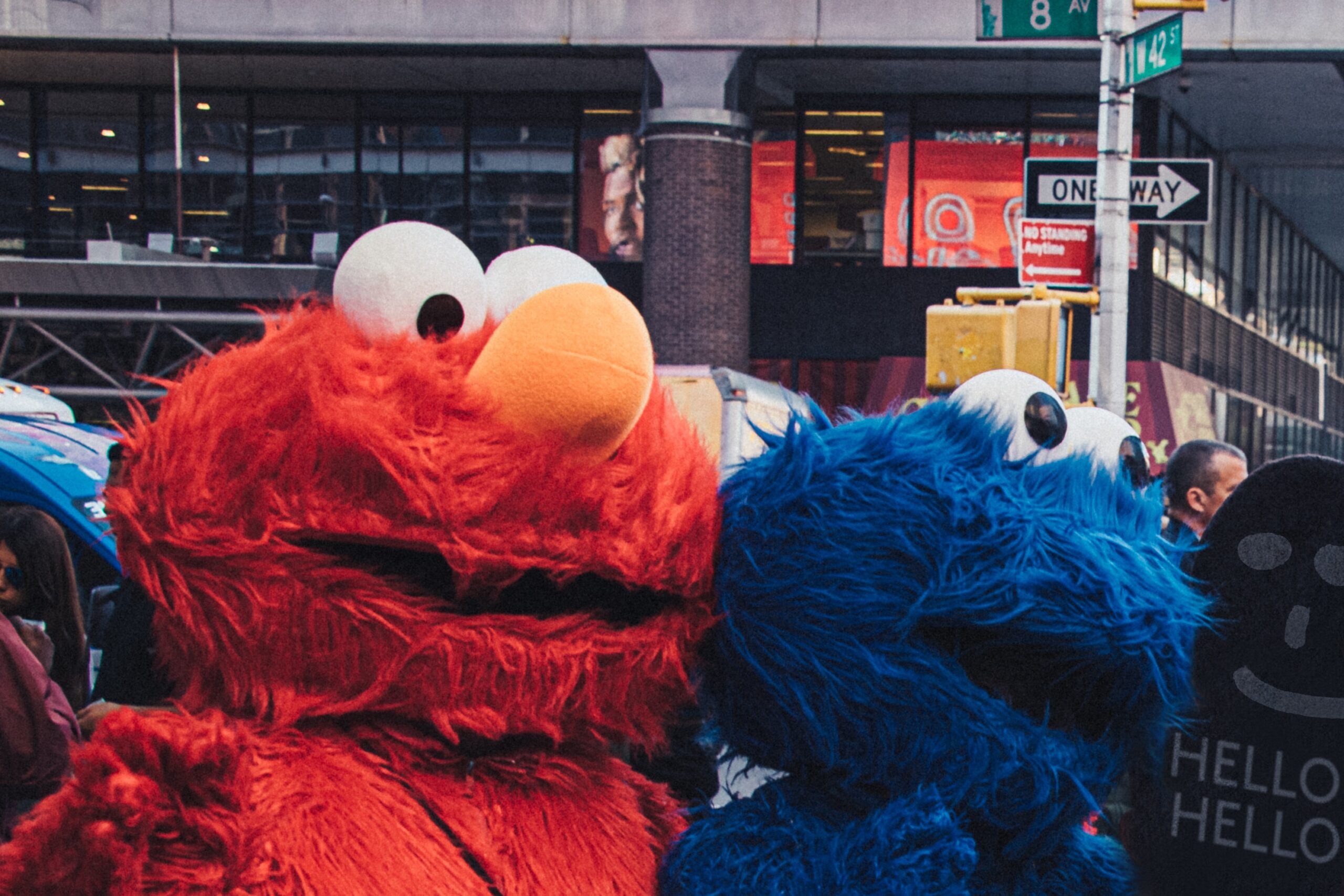 The show “Sesame Street” is one of the longest-running children’s programs in television history. As a result, there is a high chance that past generations are familiar with the educational program, and the beloved iconic characters that have made an influence on the way children view the world today.

“Sesame Street” is a show that addresses and educates viewers on some of life’s most pressing and controversial issues. The program deals with subject matter that allows viewers to relate to issues including how to understand disabilities, process death, overcome fears, and confront racism.

“Sesame Street” originated from Black American culture. It has garnered its success from the characters that continue to star in the show over the decades, with the show taking place on the iconic street they live on. It is a show that has been acclaimed as one of the first children’s programs to positively represent Black culture, which has influenced what the show means to viewers today.

Making its debut in 1969, “Sesame Street” was one of the first shows that depicted racially diverse characters, involving both human and puppet characters living together. Viewers notice the community in which the setting takes place. Everyone lives together in an inner-city neighbourhood.

“Sesame Street” was originally meant to cater towards Black children, ages four to five, as a means to highlight positive Black representation in the media.

The creator of “Sesame Street,” Joan Ganz Cooney was inspired to engage in many projects that would provide educational programs to impoverished Black children in Harlem and New York City. At the time, television was the best form of entertainment that provided children with an accessible education, especially since there were fewer economic barriers for the disadvantaged and marginalized groups.

Cooney approached Carnegie Corporation and Child Psychologist Lloyd Morrisett for an allocation of funding to create the show. Black psychiatrists came together to discuss how to best represent Black characters and the ‘Black experience’ on the show.

One of these individuals, Chester Pierce, was a renowned African American Psychiatrist and Harvard Professor. Pierce became a senior advisor when the show was aired.

During initial discussions, Pierce cautioned individuals about the role institutionalized racism played and how television had already negatively influenced Black children’s mental well-being. “Sesame Street” would set itself apart from other shows by including characters who resemble inner-city kids that resemble most inner-city kids’ own lives.

The fact that the show took place in the inner-city with unmown lawns, urban housing, and stores lined up at every corner puts Black viewers in a state of comfort and relativity. Black viewers can relate to the adventures the characters undergo and how their daily life operates. This, coupled with the lovable characters and responsible, caring adults, made “Sesame Street” what it is today.

“Sesame Street” has been influential due to how creators promote diversity, inclusivity, and most importantly, allow children to feel safe. Although many episodes have been deemed controversial, serious topics like racism have been issues “Sesame Street” was never afraid to discuss.

During the show’s run, two very important episodes aired which exemplified the ways in which the show fights against racism to educate and influence future generations.

On November 26, 1993, “Sesame Street” aired a special episode where a character named Savion, a young Black teenager, was out with his friend, Gina, a young white teenager. Savion received an unexpected phone call from a stranger who saw them playing together earlier in the day. The viewer is meant to infer that the caller does not want Gina and Savion to hang out together because they are not the same skin colour. Telly, a purple monster muppet and a recurring character on the show, is disturbed by this. However, Gina calms him down by saying that people like the caller “are just stupid” and that he should be happy with all the colourful friends he has.

The episode includes comical skits where Caribbean children show how they tie-dye shirts for fun and one where Indigenous children talk about how to make a Navajo blanket. A short music video shows Kermit the Frog singing about what it is like to be green. This episode dealt with racism in a child-sensitive and friendly way, where the audience learns that it is socially acceptable to be friends with anyone and that there are many cultures enriched in various arts, crafts, music and dances.

On May 25, 2020, at the start of the Covid-19 pandemic, a man named George Floyd had an altercation with the Police outside of a corner store. The Police handcuffed and tackled him to the ground with one officer putting his knee on his neck for eight minutes. Floyd died from the lack of oxygen and the event was recorded by a young girl with her cellphone.

In a matter of days, the violent footage made its way over social media, sparking an outrage among Black Lives Matter protests across America. Many Black children viewed the video due to it being posted online for the world to see. There was a response to this incident, and “Sesame Street” decided to take it one step further.

A small episode was created depicting Elmo talking with his father about what occurred after the incident. The father discussed racism, hate, and how Black people continue to fight to be respected as humans. The episode showcased news footage of BLM protestors chanting and leading peaceful demonstrations. This was left up to the audience to interpret and connect the episode to the George Floyd case.

The father acts as a parental figure advising Black children not to be afraid because the community will defend them against illegitimate acts of injustice. “Sesame Street” uses authoritative figures as a way to provide comfort to its young viewers during depressing times. Elmo talking to his father exemplifies a child confiding in their parents for safety. This provides a sense of hope that despite the racism,the community will be there in times of need and support.

What Still Needs to Be Done?

“Sesame Street” is an exceptionally well-written show when teaching viewers, especially children, how to normalize diversity, tolerance, and accepting individuals who have differences.

However, some critics may suggest that “Sesame Street” has become more watered down regarding addressing racism. For example, in 2021, there was an anti-racist episode that aired where two Black muppets talk with Elmo about racism. One muppet, Tamir, asked Elmo how he would react if someone said they did not like him because he is red. Elmo replied, “I wouldn’t care what they said, I am proud to be red!”

Elmo’s message is obvious; stand up against racism by disregarding what people say and embrace your own identity. This may be seen as wholesome at first, but upon further analysis, it offers a useless solution. Writer Kayla Padilla wrote a piece criticizing this episode, claiming that this small interaction between the two reiterates the “I do not care if you are Black, Yellow, White, Purple, or Red” belief, known as colour blindness.

This belief is problematic because it shifts the focus on how skin colour is the issue of concern instead of racism. The damage done ignores systemic racism by putting all racial identities into one category, colour. Padilla argues that this solution is only meant to help White fragility rather than teach Black children how to deal with racism in real-life situations. The episode encourages Black children to ignore systemic racism and colourism, to be strong, and keep the peace of everyone around them.

This episode is controversial because it undermines Black children’s pain and real-world experiences. Having Elmo represent them instead of Tamir, the Brown muppet, is almost like ridiculing the struggle.

In the upcoming years, “Sesame Street” needs to use the same approach as it did in the past, by continuing to fight for what is right without worrying about making White audiences feel uncomfortable when tackling the issue of protecting Black lives. 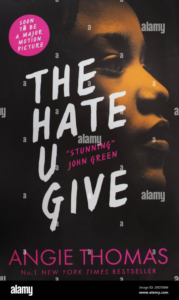 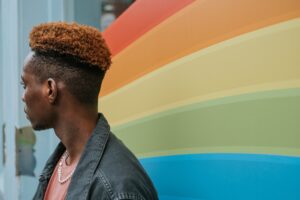