Since the 1960s, comedy has been dominated by Black comedians and their unique styles of humour. From Dick Gregory, to Eddie Murphy, and Jordan Peele, Black people have demonstrated their practical yet skillful ways of telling jokes and stories, especially with how they use tailored commentary within their craft. Humour is a staple in Black North American culture as it conveys different issues that Black people face in Western society.

The Evolution of Black People in Comedy

Clemson University Professor Corliss Outley wrote a book in 2020 titled “Laughing While Black: Resistance, Coping, and the use of humor as a Pandemic Pastime among Blacks.” Humour is a vocal tool that expresses daily traumas that Black North Americans have experienced since slavery.

Today, Black humour is a mainstream aspect of pop culture. Black comedians filled up comedy tours, shows, podcasts, and other forms of entertainment. Some of the original Black comedians that used humour to gain personal success within their career can be found primarily in the 1920s. These include actresses and stand-up starslike Mabley and in the later decades of the 20th century, Redd Foxx, Flip Wilson, Bill Cosby, Whoopi Goldberg, and Richard Pryor.

These renowned comedians were the descendants of an enslaved culture who transformed their racial environment into one that made others laugh instead of cry. After uplifting and celebrating the best and most expert speakers in religious and secular spaces, comedy soon after became another space to reach fame. Standing up in front of Black audiences around the world is a privilege, which simultaneously creates hope and is used as a form of therapy. Black humour exists wherever Black communities are, whether it is in a church, at cookouts, fundraisers, or rallies.

According to Mona Lisa Saloy’s essay on Black humour, Black American verbal prowess originated as a method of ritual insult. This meant that Black people would tell each other insulting jokes to toughen each other up against the insults they would face in Western society. These “rituals” consisted of “contestants” who would insult each other; whoever got upset first essentially lost the competition. Nowadays, these contests are better known as flyting and involve “yo mama” jokes, where insulting one’s mother is an invitation for a verbal battle among Black communities.

Saloy describes an anecdote about an old Black neighbour she grew up with, named Mr. Stoval. He would tell stories about Black humour and how he incorporated the concept into his own life growing up.

I only have a seventh-grade school background. My biggest difficulty is that I am self-educated. I am thankful to God for all blessings, and to myself for my determinations. I try to offer something to younger generations that come behind me, and the reason is that I have seen so many incidents.

You see, people want to give glory but cannot substantiate the glory they want to give. See, you have to have a challenge. Without a challenge, you do not develop. Me, I am not an innovator, but one who meets his challenges. A challenge brings out the best in me.

Just last night at church (Franklin Avenue Baptist), the minister asked a young man that if he could answer his questions, he would give the young man $100.00. The young man rattled on about the first question on Rap and Rap stars and styles and successes. He was excellent. The second question was to name ten presidents. The boy could not do it. He was 13 or 14. See. Black people mature early in negatives. We think we are smart; but when you really come down to it, without competition, how do you know? That is what is wrong with Black people. (Saloy,2001).

Stoval’s experiences teach each generation about challenges and the correct way to pass on wisdom. When it comes to maturity, Black people need to prepare for challenges they will face in society, since they tend to have limitations when it comes to success.

Stoval discusses the social outlook for Black people in Western society. Current and past generations of Black people have a collective mindset in which they have the courage and ability to voice problems they face, but not enough of these voices are represented in the media.

Given limited mainstream attention, Black people have been forced to create their own safe spaces with art, food, music, and dance to pridefully and skillfully articulate these thoughts and opinions.

Humour as a Coping Mechanism

Comedians and married couple Rod and Karen Morrow host a podcast called “The Black Guy Who Tips,” and on it, they discuss their own and other people’s gigs and comedy routines. The Morrow’s and the podcast live by a motto: “Nothing is wrong if it is funny.” They believe that finding humour in distressing situations—whether it is police brutality, domestic violence, or hate crimes—should always be a method of coping in order to function properly.

Outley discusses how Black people have used humour since being trafficked into the Americas as slaves, since early 1619. Outley’s book discusses how humour was a tradition among Black slaves, as both a means of connection, hiding pain, and sustaining hopfullness.

Rod Morrow strongly believes that finding the bizarreness and irony in racism can be humorous. Rather than getting offended, scared, or angry, people should laugh in the face of racism. Racism, as a construct, is an emotional disability in those who participate in it, and so it is ridiculous enough to joke about it, even though Black people battle against it in state legislations and society.

Humour as a form of resistance: Reclaiming power

Black people deal with many issues when living in Western society, such as discrimination, injustice, and racism. These forms of racism exist in the cafeteria, living room, and comedy stage.

Humour is not only used as a tool to highlight race relations in North America. It proves that stand-up comedy helps open peoples’ eyes to the present state of racism in the world.

Since the 1600s, comedy was used to insult White enslavers, using sarcasm to avoid punishment and trade insults among one another. According to Outley, humour among Black Americans has many uses, such as a tool to spread discourse. She claims it is a way “to not only cope, but a way to reclaim power, to control narratives that were out there about us and to speak our truth, all while cultivating this ideal of collective identity as Black people.”

Black humour lends itself to additional shared laughter with inside jokes, slang, and common experiences. Outley states, “people all the time do not get it, especially if they are not part of the community. There is a whole genre of researchers that actually look at it as the secret language in terms of linguistics.”

According to Diamond Stylz, content creator and host of podcast, “Marsha’s Plate,” there are instances when humour can be harmful and not communal. She mentions issues she has with stand-up comedian legend Dave Chapelle and his homophobic and transphobic humour.

As a Black trans woman, she feels subjected to jokes and feels persecuted by it. Stylz believes personal responsibility aside, humour can “punch down”— make jokes about people at the bottom of the socio-economic ladder — to communities that are too powerless to defend themselves, which encourage harmful beliefs against marginalized communities.

It is difficult for people outside of these communities to make jokes about marginalized communities, seeing as though it could propagate the hateful beliefs of oppressed groups.

Humour helps represent Black people and their voices to produce social enlightenment. The soul of Black life and humour helps us laugh daily and spread joy, if used correctly. 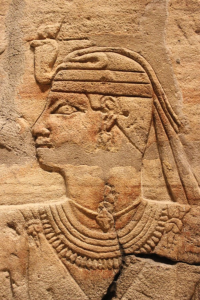 Next post The 25th Dynasty: The Black Era of Ancient Egypt