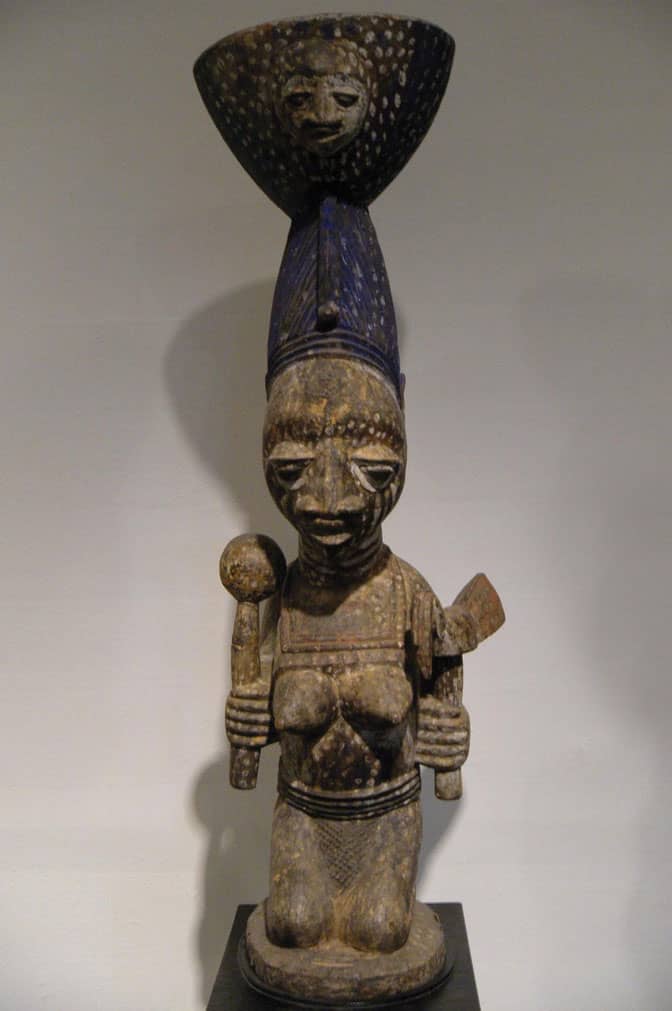 Have you ever heard about Greek mythology? About the various Roman gods of which many of the planets (Mars, Jupiter, Neptune, etc.) in our solar system are named after? If you have not, you do not need to look very far to learn about them! Many forms of media contain the stories, the myths and the accounts of Roman and Greek deities. Books recount Greek tales such as the famous Canadian author, Margaret Atwood’s “The Penelopiad.” The movie series Percy Jackson and the Olympians, adapted from a lengthy book series, provides elaborate details to capture the essence of Greek mythology in a way that is accessible and entertaining for children. A podcast titled “Let’s Talk About Myths, Baby!” by Liv Albert, is available on all streaming platforms, and recounts almost the entire history and timeline of the events that occurred in Grecian mythological realms. There are great paintings by renowned artists based on Greek mythology, such as the painting titled “Venus and Adonis” by Titian in the year 1554. There are even multiple courses in universities and colleges to learn about this topic! 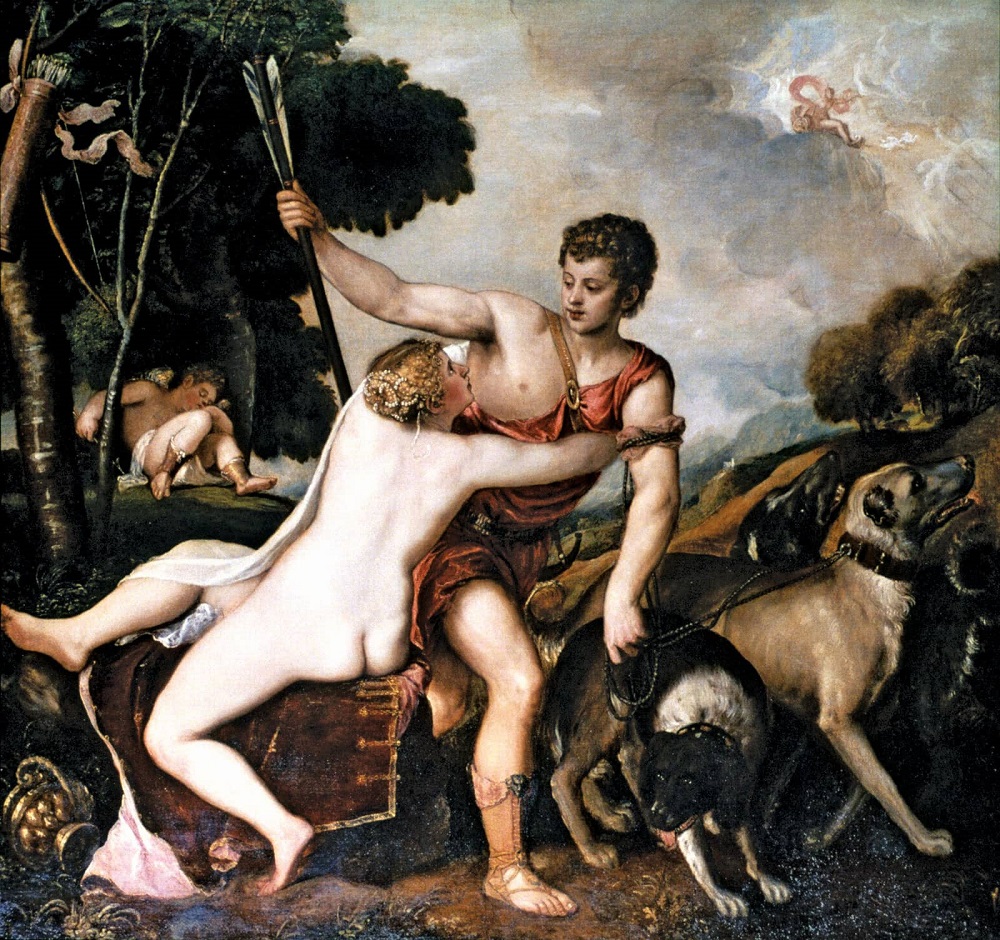 Titian: Venus and Adonis, oil on canvas by Titian, 1554: in the National Gallery, London England

The accessibility of Greek mythology is rampant in today’s society. These myths are interesting to learn about! It was a childhood pleasure of mine to gather around with my neighbors and spend the evening watching Hercules. The imagery, the romance, the excitement of it all was and still is enthralling!

Recently, I wondered: where are books and stories about African deities? I wanted to learn about African gods, their majestic powers, what they represent, and how people identify them or identify with them. Growing up, I remember hearing whispers about the goddess Oshun. My family, of Nigerian heritage, is affiliated with this goddess and her worshippers. It was a subject my family avoided for reasons unknown to me. Whenever I asked about Oshun, I was given answers or explanations that helped me to understand other deities that were and are revered in many parts of western Africa, such as Christianity. My family did not share information with me about Oshun, so naturally, I was still curious! Why is Greek mythology so accessible, so accepted but the study of African deities remains relatively unknown or shunned?

Some background on Spirituality and Religiosity

Spirituality is a rather wide concept and difficult to define. What differentiates spirituality from religiosity? Can someone of the same faith, or of the same belief be more spiritual than another? To help us understand this, I will use Dr. Maya Spencer’s definition of spirituality. Dr. Spencer, who is a valued member of the Royal College of Psychiatrists, defines spirituality as “the recognition of a feeling … or belief that there is something greater than [oneself], something more to being human than the sensory experience … ”. I believe that this definition captures the overall essence of spirituality.

Now I must briefly return to the Greeks. I am not alone in thinking that the terms “myth” and “spirituality” used together are confusing. How can someone believe in various deities and gods if they are also seen as myths? Whether the ancient Greeks truly worshipped these Greek gods is still debated by scholars; however, there are some aspects of the Greek religion that are known. The religion of the Greeks was not the same as Greek mythology. Greeks were known to use their gods, and the stories of their gods as parables to explain different themes of their religion, similar to how Jesus used parables to explain different themes of Christianity.

When I talk about spirituality, it does not necessarily mean that people worshipped multiple gods. To refer back to Dr. Maya Spencer’s definition of spirituality, the stories of these gods simply provided a way for people to believe that there is something greater than themselves[1].

Religion and Spirituality within the Black community

In order to know and understand how spirituality manifests itself in the Black community today, we need to look at two different categories:

Now, I know that it is demeaning to refer to Africa as one entity as though it is only one country, as this is not true. Africa is very diverse in its culture, tribes, way of life, and people. I cannot possibly describe all the spiritual and religious histories in the many African nations to date. Therefore, I will focus on the spiritual and religious history of Nigeria.

Some enslaved Nigerians who were taken to the United States, brought with them their traditional religion and practices. Although the Christian faith was present in parts of Nigeria and various parts of Africa before some were enslaved, upon arrival in the U.S., measures of Christianity were used as a form of oppression and suppression on enslaved Nigerians. There is nothing wrong with identifying with the Christian faith. However, through slavery it was used as a form of traditional erasure in an attempt to “assimilate” Black Nigerian-Americans into the Western culture. A study carried out by Black Demographics revealed that in 2007, a total of 83 per cent of the African American population identified as Christian. Christianity is a prevalent religion! So, what aspects of traditional African spirituality should we still try to better understand?

Now getting to the heart of it all – who is the goddess Oshun? Oshun, which is spelled in Yoruba as Ọ̀ṣun, is an Orisha spirit and goddess of Yoruba (Nigerian) descent. The term Orisha refers to the spirits of the traditional Yoruba religion. There are over 400 Orisha spirits! Oshun is one of the most popular Orisha deities, with the knowledge of her passed down among generations through oral tradition.

Oshun is a river deity and has an important river named after her in Nigeria, in Ekiti State. She is the goddess of divinity, femininity, fertility, beauty, love, destiny and divination. It is clear that she embodies an abundance of attributes!

One of the main reasons Oshun is my favorite goddess is simply because of the feminine energy that she exudes. Being a Black woman from Canada, I have had people and friends alike attribute some of my mannerism as more manly. Of course, there is nothing wrong with that; however, I would find at times that I felt out of touch with my feminine side. Learning about the goddess Oshun brought this entirely new aspect of femininity back to my life.

Yoruba figure of a devotee of Osun, early 20th century: in Honolulu Academy of Arts

The picture above shows us a statue of a devotee of Oshun and the attire that someone would wear while worshipping Oshun. In the statue’s right hand, you will see a round object. This is referred to as an Abẹ̀bẹ ̀– it is a ritual fan used to celebrate Oshun. Worshippers usually wear white at Oshun festivals, which are held for 2 weeks annually. The colours gold and yellow are also associated with Oshun. Worshippers would gather by the goddess Oshun and ask for blessings with the intention to return the next year and give thanks for the blessings received during the festival time. Here is a quick video that provides insight into the festival practices. Although these practices seem as if it was one time occasion annually, this video shows how worshippers are looking forward to coming back every year that they can, and celebrating the life that they have with their belief in Oshun.

I know there is still so much left to uncover about African mythologies and spiritual histories. I hope that this is only the start!

Listed below are some resources you can use to learn more about the Goddess Oshun: 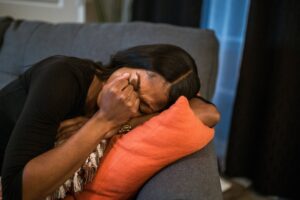 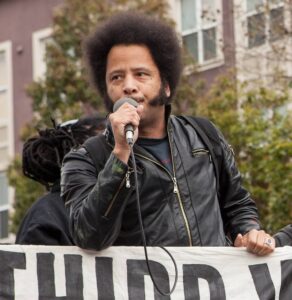 Next post “Sorry to Bother You” – A film analysis