“Cops wanna pull me over, embarrass me/ Abusin’ power, you never knew me thought I was arrogant/ As a juvenile, police pulled they guns like they scared of me.”

These are lyrics from contemporary hip-hop artist DaBaby’s song, “ROCKSTAR (BLM Remix).” Although it may seem that hip-hop culture has only recently focused on police brutality, social action, and institutional discrimination, this is not the case. DaBaby’s lyrics fall in line with the traditional purpose of urban music and poetry. Rap and hip-hop have been used as an artful form of protest since its origins, marking over five decades of collective resistance.

In a study conducted in 2016, Beats, Rhymes and Life (BRL) defined the term ‘collective resistance’ as a strategic response to social oppression, and as a battle against what is considered normal. BRL is a non-profit organization that uses hip-hop music as a form of therapy to improve mental health among marginalized groups. Their study illustrates that hip-hop has lost its original meaning due to issues such as cultural appropriation, corporate greed, and new sub-genres of rap.

Hip-hop culture dates back to the early 1970s in New York, where it was intended to amplify concerns regarding the Black civil rights movement. It spoke out against the harsh economic circumstances commonly found in Black communities, while analyzing the dominant social order.

Hip-hop is characterized by both musical and cultural elements —urban fashion and style, DJing and electronic beat making, breakdancing, and rapping —which are all forms of art created by the Black community. By pursuing careers in hip-hop, artists are able to share their knowledge and encourage other Black individuals, particularly their adolescent listeners, to stand with them in the social issues their art addresses. Since then, the messages behind hip-hop have resonated with Black and Brown societies worldwide.

The rap and hip-hop scene emerged as a powerful act of political resistance, and because of their talent and passion for art and social justice, Black communities still flourished creatively in spite of the lack of resources amongst their communities.

With limited musical equipment, Black Americans used what they had in order to fight a long-standing battle with the dominant Western culture that oppressed them. In fact, in its beginning stages, rap was an accessible outlet. Whether it was a dance, lyrics, a rhyme, or simply beatboxing —hip-hop became an art of storytelling and the struggle behind being a Black individual. If one did not have the financial means, it was simple to pick up a pencil in order to express oneself through rhythmic verses without fear.

The golden era of rap took place between the late 1980s and early 90s, when the main focus was on lyricism. Artists such as Tupac, Ice T, The Notorious B.I.G., and LL Cool J paved the way for several artists. At the same time, their Black audience was inspired to stand in solidarity against discrimination. The lyrical content of their songs addressed gang violence, poverty, and the overall marginalization of the Black population. The rap game had certainly created strength in numbers.

The decline of traditional hip-hop staples, such as the art of emceeing, began in the years leading up to the modern Black Lives Matter movement and historical milestones in the movement, including the death of George Floyd in May, 2020. Although trap music and mumble rap are another means of expressing oneself within the rap genre, they tend to glorify explicit themes such as drugs and sex, which are unrelated to the difficulties faced by the Black community.

The gradual switch from standing up against oppression with lyricism, to rapping about irrelevant substances have caused groups and individuals to be critical of hip-hop. In recent years, despite the Black Lives Matter movement, the music scene has again shifted to rapping with heavy bass and ad-libs rather than speaking about the injustices faced by Black people. As the focus shifts on sales and marketing, hip-hop is transforming into a business venture and dismissing the authentic role rap has played in Black history.

It is crucial to acknowledge and uphold the true meaning behind hip-hop’s origins. Older generations, who grew up amid gang wars and chaotic protests are the most affected by this change in the rap scene. Unfortunately, many artists who continue to speak about their struggles are not recognized compared to those who use derogatory language to conform to mainstream tropes. As some would classify it, hip-hop’s downfall has led to disappointment in the older Black community, whose goal has been to voice racial crises.

The overwhelming number of innocent Black lives that continue to be taken affirms that it is not time to back down. Despite the demand for new trap and mainstream art, there needs to be greater encouragement for artists to uphold the origins of hip-hop music. DaBaby, Juicy J, Lil Baby and YG are only some mainstream rappers that have taken the leap to stand up. It is necessary to keep doing so in order to educate the Black youth who experience the same struggle, only in this modern generation. The use of mainstream hip-hop has masked the need for kinship networks and bonding that the Black community will need until the world becomes a safer and accepting place for them. 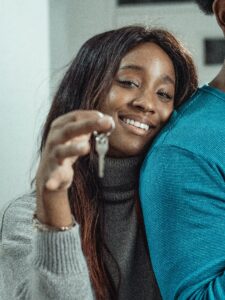 Previous post Who is being priced out? How unaffordable housing is pricing out Black Canadians 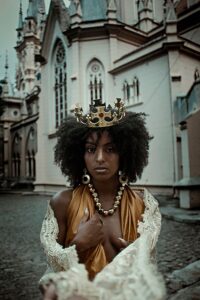 Next post Teaching Young Black Girls to Love their Hair