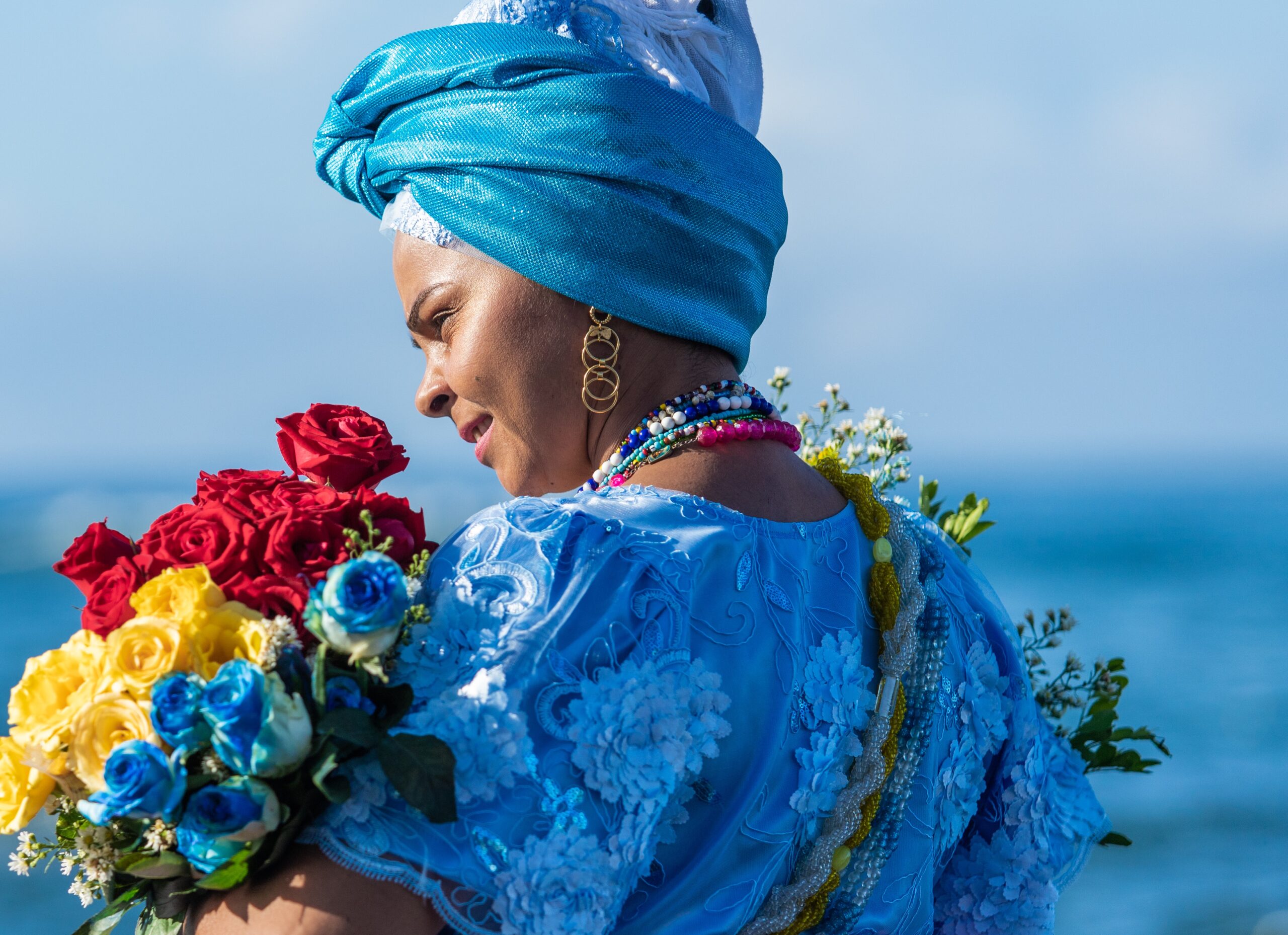 People are starting to reject hegemonic Christian society and learning more about their ancestral beliefs. African, Afro-Caribbean, African American, and South American people are now practicing the ways of the Orishas and the Seven African Powers. These deities have been the mythos for many African cultures across the continent, enriching their followers with spirituality and folk magic.

The Orishas are an ensemble of spirits that originate from Yorubaland, a region that spans Nigeria, Benin, and Togo. The Orishas are similar to gods and goddesses, but not in the way one thinks. In Yoruba religion, there is one Creator God known as Olodumare, and the Orishas function under the watchful eye of the Creator. Olodumare birthed these deities and therefore is the boss of them. The Seven African Deities are worshipped in many other African cultures, such as the Lucumi, Vodou, Santeria, Candomble, and many others.

The seventh one, however, depending on who you ask, is also referred to as Orunmila or Ochossi. Each main Power has their own ability and origin stories. The complete list can be viewed below:

Eshu is said to be the most complex character in the Yoruba group. He is the messenger god, the one who conveys messages to the other gods, with priority to service Olodumare. He also serves as the spiritual “telephone” between the Powers and humans. In mythology, Eshu is symbolized with duality and contrasts, and is said to be the embodiment of change. Yoruba people believe that he is the bringer of both happiness and destruction.

Eshu can also be seen as the god of mischief, akin to the Norse god Loki. Under the authority of cosmic law, he can be seen as the enforcer of divine and natural order.

Ogun is considered one of the earliest Orisha of Yoruba Land. In his earthly life, he was the first king of Ife and fought hard for his people. He is known as the god of iron, metal, war, and metal work. In some myth variations, it is said he cleared a path for the other Orisha to enter the Earth, using only a metal axe and the assistance of a dog. During his earthly reign when his subjects failed to show respect for him, he killed them and himself with his own sword. He descended below Earth where he promised to help all those who call for him. Worshippers believe that he disappeared under the earth instead of dying when he turned his sword on himself. In his various manifestations, he is also a warrior and is associated with truth and justice.

Obatala is the Creator of mankind, and embodies purity and redemption. Obatala is exemplified as proof of a faulty humanoid character. Obatala was assigned to give shape to the land. This was an exciting task, yet Obatala became intoxicated before finishing the land and did the job poorly. His brother, Oduduwa had to complete the creation properly. Obatala redeemed himself by taking on the task of creating the human race, and was an example of how human fallibility became a staple in our existence.

Yemaya is the Goddess of the living ocean, and is considered to be the Earth Mother. She is the source of all the rivers of West Africa, especially the River Ogun. Her name derives from the names Yey, Omo, and Eja, which translates to “Mother whose children are fish.” The belief is that all life begins in the sea, so all life is believed to have begun with Yemaya. Her personality is motherly and protective; as such, she cares for all her children, comforting them, and cleansing them of all sorrow. She can cure infertility in women and does not lose her temper. However, if triggered, she can create destructive sea storms. In Yoruba culture, cowrie shells are symbolized as her wealth.

Oshun is the goddess of love, healing, fertility, and freshwater. She is both a creator and healer, and her followers summon her for help with getting pregnant and curing ailments when modern medicine fails. It is said her energy can heal and create life and she can strip it away if she feels disrespected. She symbolizes everything fertile, luscious, and juicy on mortal earth.

Shango was the third king of the Yoruba Oyo Empire sometime between the 12thand 14thcentury A.D. He was said to be a violent one, yet was responsible for notorious military achievements. He ruled for over seven years and was ultimately dethroned by one of his former allies. In the aftermath, the warrior king tried to hang himself but was beckoned to the sky, where he was appointed as the Orisha of lightning, fire virility, and war. He is seen in African art brandishing a double-headed ax known as the oshe. This weapon is either held in his hand or imprinted in his skull. During the American colonial period, African slaves brought the Shango cult along as they arrived to the Caribbean and South Americas, resulting in Shango being a cultural religious icon in those regions.

Oya is said to be the one of the most powerful Orishas. A warrior-queen, she is the sister and wife of Shango, whom she received her storm-creating powers from. Her powers are rooted in the natural world; she controls thunder, lightning, tornadoes, rainstorms, and hurricanes. She is a fire goddess who brings rapid change while helping us with inner and outer transformations. Oya guards the realm between life and death; meaning she is the goddess of spiritual communication, funerals and cemeteries as well as clairvoyance, psychic abilities, intuition, and rebirth. She can summon the dead or hold them back, and because of this affiliation, she is also known as the Great Mother of Elders of Witches.

There are some Orishas who started out as mortals but were affronted by their descendants due to their influence on Yoruba culture. These were once mortal kings, queens, heroes, warriors and founders of modern day cities. Legend has it that these ancestors would ascend to the sky or sink in the ground before they reincarnate as deities as opposed to the mortal way of dying.

Iku is the Orisha of death, the one who takes the spirits of the deceased. She has an extremely arrogant personality, which prompted a dueling challenge against Orunmila. She was defeated and, as punishment, lost her Orisha status. The Yoruba still worship her and consider her one of the important forces of the universe.

Orunmila is the first born of Olodumare, and is the Orisha of wisdom. Being a prime deity, the story goes that Orunmila taught the first humans of Earth how to practice good moral behavior to help them live in peace and balance with the Orishas and their fellow human beings. Orunmila is a divination, a practice that plays a major role in the Yoruba religion. Orunmila is associated with the Orisha Ifa, and is seen as the personification of human fate and prophecy. Orunmila is often seen as a sage.

Also known as Inle, Erinle was a hunter that led the first Ilobu king to his first town to reign. He later on ascended to become a river god. There are multiple accounts of how Erinle came to be. One account claims Erinle sank into the ground and metastasized into a river or water deity. Another variation is that Erinle appeased the Orisha to become a river to quench the drought of the Yoruba people brought on by Shango.

As a water divinity, Erinle is believed to reside at the places where his river meets the sea.

In total, there are 40 Orishas. The ones described above are the Seven Powers. The remaining ones are listed below:

In Yoruba culture, Orisha deities help the Creator keep cosmic order. Each one has its own powers and authority. Despite their divine status and abilities, they do not have the same origins. Some are primordial, some are derived ancestors, and some are just impersonated natural forces, and sometimes these origins overlap. They have created an important impact on Yoruba culture and are revered across the globe.

You want to know which Orisha you resemble? Check out this fun quiz here! 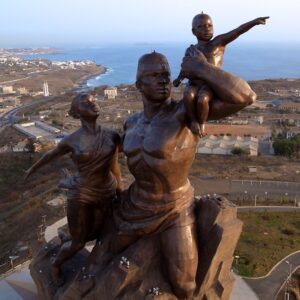 Previous post The Rockefeller statue from a different perspective 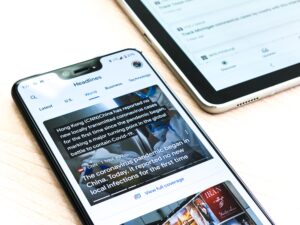