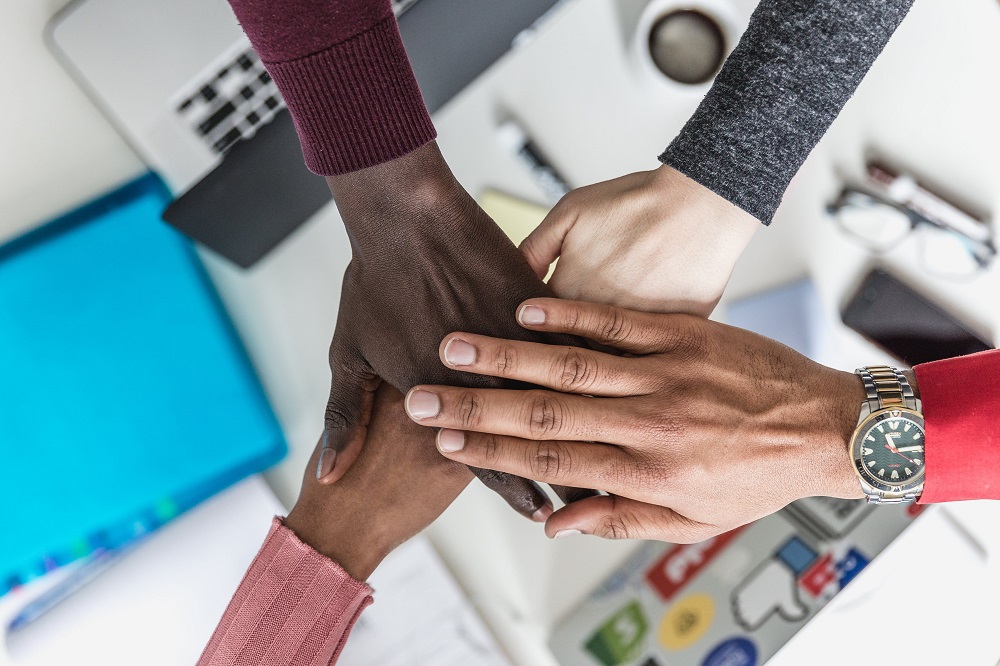 After the widespread coverage of Black Lives Matter during the summer of 2020, many corporations posted their support and vowed to be part of the solution to racism. However, upon examining the demographic makeup of these companies and the past mistreatment of Black, Indigenous and people of colour (BIPOC) employees many of these so-called ‘ally’ corporations were called out. Diversity and inclusion (D&I) initiatives and policies were created to ‘do better’ and ‘create change’ which explains the rise of these companies’ D&I statements on social media and news outlets. But, do these D&I attempts truly aid in putting BIPOC in boardrooms? Or are they just moral posturing? It’s important to examine if these companies are creating meaningful D&I so that the people buying products from these large companies are being represented within the company.

What do we mean by diversity and inclusion initiatives or policies?

It’s important to clarify an exact definition of D&I to compare the actions of corporations to the definition. A starting point for a definition is that D&I is a “set of behaviours that promote collaboration amongst a diverse group.” The word behaviour is important, as diversity is not only filling a racial hiring quota. It is about creating company behaviours that allow for BIPOC to be in fruitful positions across the company. The Canadian Centre for Diversity and Inclusion also defines D&I as “capturing the uniqueness of the individual; creating an environment that values and respects individuals for their talents, skills, and abilities to the benefit of the collective.” So, D&I is about having BIPOC not just seen but heard in the companies they work for. As you will see throughout this article, some companies are not exemplifying true D&I.

Lack of representation of BIPOC in upper levels of corporations

Let’s start with why there may be a need for D&I policies in the workplace. For starters, this need stems from the historic alienation of BIPOC from workplaces because of their race. During the Reconstruction era, which is the period in American history after the abolishment of slavery, many workplaces did not want to hire newly freed slaves. The National Labor Union, according to historian W.E.B. Du Bois, “did not want the Negro in his unions, did not believe in him as a man…[and] asked him to organize separately.” The National Labor Union is a reflection of many businesses post the abolishment of slavery that did not want to hire Black candidates. This was a generational occurrence that has led to many long-established American businesses being largely white. In Canada, there was also segregation of the job market in which Black Canadians were relegated to low-paying service jobs such as nannies. Further, in the 1900s, labour unions would ban Black workers from joining. So there were limited opportunities for Black Canadians to integrate on a large scale into business and higher positions within a business as they were being relegated to service work or prohibited from even entry-level opportunities.

This has translated to today having only three Black CEOs from Fortune 500 companies. Furthermore, 16 Fortune 500 companies that have reports of the racial makeup of their companies revealed that white men made up 85 percent of senior executives and board members. In Canada, due to the Canada Business Corporations Act (CBCA) publicly traded companies were required to report the demographic of their company in senior and board-level positions. The Financial Post found that of 255 director positions, 14 could be identified as visible minorities, which is 5.5 percent. Among these visible minorities, we do not know how many are Black, thus the per cent could even be fewer than five. So, given the historic exclusion which has led to extreme underrepresentation of BIPOC in these high-level positions in these large companies, D&I policies were created to attempt to close this gap. 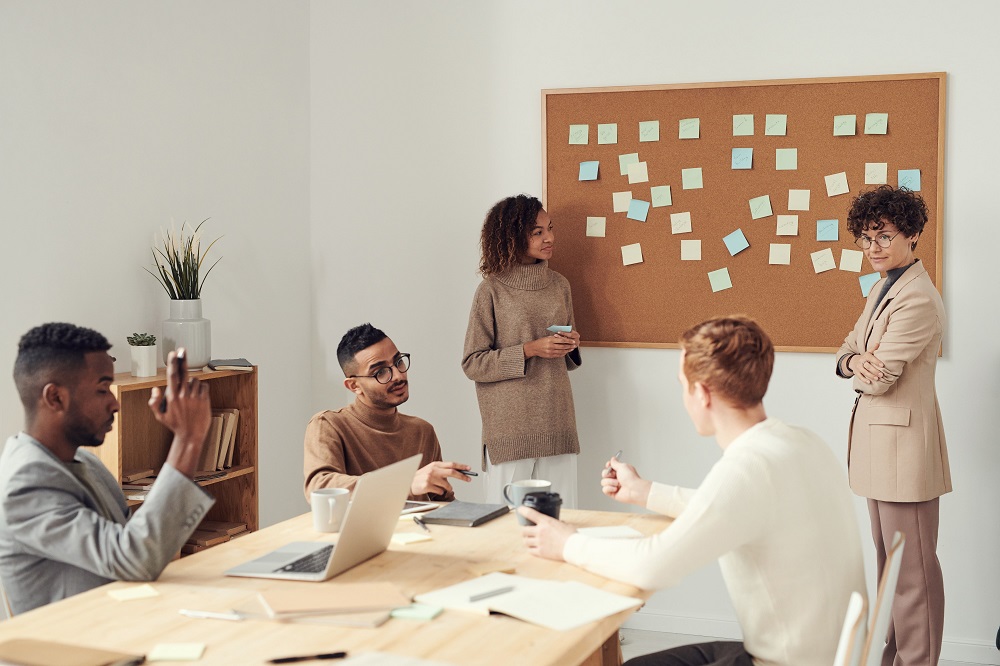 Larger corporations, however, like to use certain strategies to paint a false narrative that they are upholding D&I principles when they are not. What companies will do is hire large amounts of BIPOC but only in positions that are low wage and with minimal opportunities for promotion. For instance, McKinsey & Company conducted a report on Black workers in the American private sector and found that in the private sector, Black workers makeup 43 percent but are earning less than $30,000 annually. The report also revealed that three in five Black private-sector workers are in positions that have limited opportunities for promotion. These include jobs such as labourers, service workers, and office workers to name a few. Even when Black employees are in positions that have availability for advancement, other studies show that Black and other people of colour are fleeing these positions because of not being promoted. Working Mother Media conducted a report which spoke to 3,098 Black, Asian and Latinx women in varying corporate sectors in America. This report found that the women of colour, despite being very ambitious early on in their career, are wanting to leave their positions and the corporate world years later as a result of lacking opportunities for advancement. Over 40 percent of these women of colour said that they were highly considering leaving corporate positions in the next two years. They believed that their race played a part in their inability to receive a promotion. Furthermore, the women of colour stated the environment at work as being another reason for them departing, as they would be called terms such as “articulate” which seemed like an underhanded compliment. So, corporations that have D&I policies are not doing enough to adhere to their initiatives. Currently, surface-level changes are occurring but the structures of the companies that hire BIPOC in lower-level positions and create uncomfortable work environments haven’t changed. This lack of change is not true to the principles behind D&I initiatives.

This behaviour of uncomfortable work environments and lack of promotions is not just occurring in the United States or the corporate world, it is also displayed in a recent class-action lawsuit filed in Canada. In December of 2020, a class-action lawsuit was filed against the federal government on behalf of a number of Black federal government employees. Despite the federal government having a “call to action” on inclusion in the workplace on their website, according to the Black employees in the lawsuit, federal employers have not been following through on diversity promises. The lawsuit alleges that Black employees of the federal government faced systemic discrimination and systemic inequality in the hiring and promotion process dating back in the 1970s, stating that there is a “de facto practice of Black employee exclusion.” This further demonstrates that some employers are putting the D&I statements in public view, but are not making tangible changes behind the scenes. 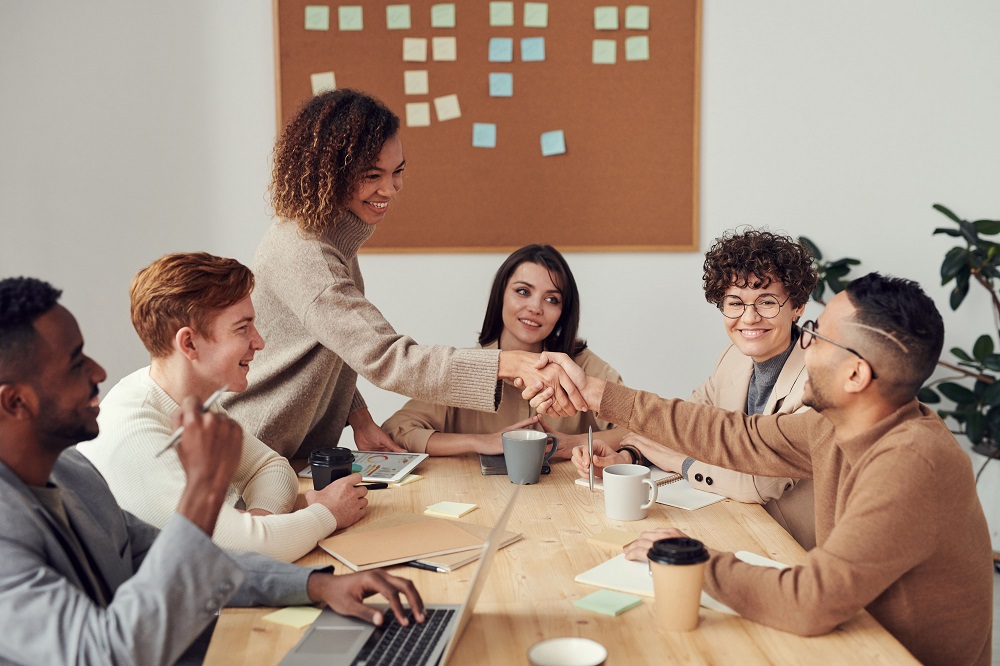 Amazon has a written statement claiming to be committed to D&I while also having the company’s popular founder Jeff Bezos being public about his support for the Black Lives Matter movement and marginalized groups overall, but it seems the words don’t match the actions. Internal data from the company released in April 2021 demonstrates that Amazon is utilizing the practices listed earlier in this article of hiring BIPOC for lower-paying positions while white workers dominate higher-paying positions. The data shows that between 2018 and 2020, the lower-paying positions such as warehouse and call centre workers were made up of over 60 per cent BIPOC. Although BIPOC make up the majority of the workforce, the managers of warehouses are largely white, at 56 per cent, while the Black, Asian, Latinx and Indigenous American managers totalled less than 22 percent. The data on demographics of senior management and executive positions furthers the position and pay gap between BIPOC and white Amazon workers, with senior management and executive positions being over 70 per cent white. This case study shows that even if a large number of BIPOC are hired and diversity quotas are being fulfilled, BIPOC remain stagnant in their lower-wage jobs and D&I initiatives create little change.

What can be done?

There are several ways companies can internally strategize to truly uphold their D&I initiatives. Most of these changes need to be structural within the company. The first being a change in work culture or environment. As stated earlier, there is a promotion gap between BIPOC and white workers that is noticeable to the BIPOC and is causing them to leave their positions. This eliminates whatever few BIPOC are within the company who are in mid-level positions. The site CIO asks for employers to consider “have I created conditions where every person can contribute in their own unique, meaningful way and feel safe and secure doing that?”

Creating mentoring programs can also be a way to strengthen and retain diversity. These programs in which a seasoned employee is assigned a mentee can aid in BIPOC feeling included while also having someone to encourage their growth within the company. These programs have had positive impacts, with them showing to on average increase the representation of Black, Latinx and Asian American women. Mentorship programs have benefited companies such as Coca-Cola who adopted the programs after the year 2000. Five years after being implemented, 80 percent of those in the mentorship program had been promoted. A large number of the mentees were Black and overall the African-American Coca-Cola workers saw their salaries grow from 19.7 percent to 23 percent.

D&I can be great for companies, but most companies and employers need to do better. Many fail to change the internal structure of their company to allow BIPOC to flourish rather than just survive. Asking themselves the hard questions about what structural changes need to be made is the first step in a long journey to implementing true D&I across their network. 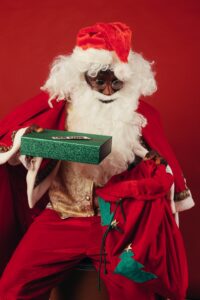 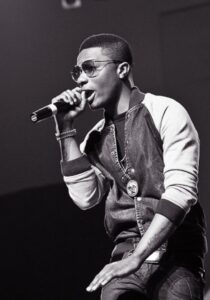