Nowadays, there are many diverse representations of races and ethnicities, especially Black identity, in the media. We have seen this type of inclusion mainly in children’s media, which has led to more Black superheroes, Afrocentric beauty products, and toys catered to Black children.

Although these examples demonstrate inclusivity, we should always remember where the stand for diversity came from. There have been many movements in the fight for equal representation among Black people, especially Black children. The single most important toy that provoked the fight for diversity in the toy industry is none other than the Black Barbie doll.

In 1959, the original Barbie doll was created by Mattel co-founder Ruth Handler. Barbie was a resounding success, but it was not until 1967 that Mattel attempted to market the first Black Barbie. They introduced the new Barbie as “Coloured Francie” who was a replica of her famous white counterparts only with a deeper skin tone and dark hair. Black women from the 70s did not respond favourably to Francie, and the doll was discontinued a year later in 1968.

In 1968, the first official Black Barbie doll was named Christie, and she was marketed in response to the Equal Rights Movement and its call for a diverse selection of dolls. What separated her from “Coloured Francie” was that Christie had “Black” features.

She not only had the same body type as Barbie, but she also had different versions with varying hairstyles, from long and short hair, brown and black hair, and afro or braids. There were four versions of Christie: Talking, Twist n Turn, Live Action, and Sunset Malibu. After Christie, the “Julia” doll was introduced in 1969, based on Diahann Carroll’s titular character from the TV show “Julia,” which became one of the first celebrity Barbies.

In the summer of 1976, Louvenia (Kitty) Black Perkins became the first Black designer to design her first Black Barbie. Growing up impoverished, Perkins had spent her childhood playing with only white dolls. After finishing high school, she became a fashion designer and headed to California to attend the Los Angeles Trade Technical College.

She enrolled herself in a fashion design course which solidified her interest in designing and sewing outfits. When she graduated with a fashion design degree in 1971, she began her career designing children’s clothing and sportswear at retailers like Bloomingdales, JCPenney, and Sears. She applied for a job at Mattel in 1976, her task being to design a new wardrobe for Barbie in a week.

Her final product was reviewed as too expensive for mass production, but Perkins persuaded them into giving it a trial. In just under a month, she became a permanent employee and continued to craft designs for the company for 25 years.

Perkins’ Black Barbie was revolutionary. She had a short natural afro with a hair pick, alluding to a more common image among Black communities at the time. She then designed an outfit that was a red bodysuit with a snap disco skirt, dangle earrings, and a bold necklace. This Barbie came with a sign “She’s Black! She’s beautiful! She’s dynamite!”

The Black community responded positively with the revised Black Barbie, and after 40 years since its conception, Perkins would be stunned at how groundbreaking it would be. The first time she saw her Barbie on display in stores, she remembered how gratifying it was for young Black girls to see a proper idol of them.

What was gratifying to me was that their reaction was, “Oh mommy, look at the doll. She looks just like me.” Or, “She has pretty skin.” That kind of reaction. And that was very, very rewarding to me,” said Kitty Perkins, Mattel designer for the official first Black Barbie.​

The Impact of Black Barbie: Diversity in Toys

Aria S. Halliday, a cultural theorist and assistant professor at the University of New Hampshire in Durham, New Hampshire, completed a 2019 project in which she pieced together the stories of Black dolls and Mattel’s history. Visiting the Strong National Museum of Play, she had seen an array of Black dolls throughout the years, and how different companies created Black dolls in response to the lack of diversity in their production lines. Halliday claims that these new toys not only changed toy lines but positively influenced other industries.

In the media, children from the 70s, 80s, and 90s, could not relate to Black characters since there were few TV shows or sitcoms that catered to Black families. Many shows had a token Black character that represented Black audiences. Of course, other shows such as Sesame Street and Mr. Rogers’ Neighbourhood fought to incorporate Black culture on a regularlyand offer positive imagery of Black culture and people.

On the other hand, Black people were looking to see more representation of themselves as main characters, not just sidekicks, background characters, or a small part of an ensemble. It is difficult when there are few Black TV characters to look up to.

The Black Barbie is significant for Black children and Black culture because it gives them a mirror to view themselves in a positive light. Since the infamous 1940s, black doll, white doll test, many Black generations have dealt with harmful stereotypes about their physical attributes and have been coerced into becoming whitewashed to fit in with Western society. This is devastating for Black children, as it gives them a sense of self-hatred and lack of self-confidence, among other issues.

Toys can influence ideas about race and diversity and can convey inappropriate messages to children. For example, toys that are specific to race and career type can convey negative stereotypes. A firefighter that is a man or doctor and nurse that is white can cause misinterpretation to circulate and give the impression that other groups do not exist or can get into those career paths.

Children tend to internalize what they view as the truth if the message is not portrayed properly. In order to educate others on anti-racism, society and the toy industry should focus on ways to incorporate diversity and inclusion to help children become critical thinkers. While it is impossible to control every message a child views, we can control the manufacturers of companies to uphold diversity.

The importance of the Black Barbie is more than just a doll. Today, there are many variants of the original Black Barbie, being made in all different shades. Some have kinky dark hair, long or short, and present themselves with full lips and curves. It is a form of empowering Black women and Black daughters and gives them a sense of pride that there are dolls that look like them.

The Legacy of Black Barbie

There are varieties of dolls in toy stores that children and parents have to choose from. Nowadays, toymakers put value in a non-inclusive area regarding diversity for Black children. Black representation is one of the ways to combat racism, since a Black child’s self-esteem is strengthened when they see themselves as a protagonist. On the other hand, a white child will realize from an early age that the world is a diverse place, helping them understand the idea of belonging to the world and other phenotypes are as valuable as their own.

The discussion of racism must be a part of a childhood’s education to the extent that it deeply impacts the process of constructing one’s identity and subjectivities, informing the way in which children will navigate the world, their lives, and how they build relationships with each other.

Nowadays, toy stores are filled with better representations of racial inclusion. The diversity shown among toys not only helps girls and boys of colour to feel accepted early on in life, but introduces the concept of diversity to white children, who may not encounter much of it in their regular life. 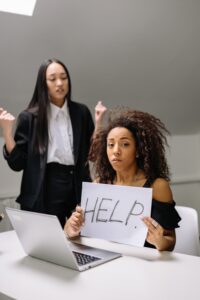 Previous post Why the phrase Strong Black Woman is unnecessary 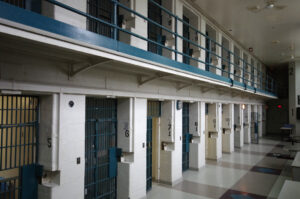