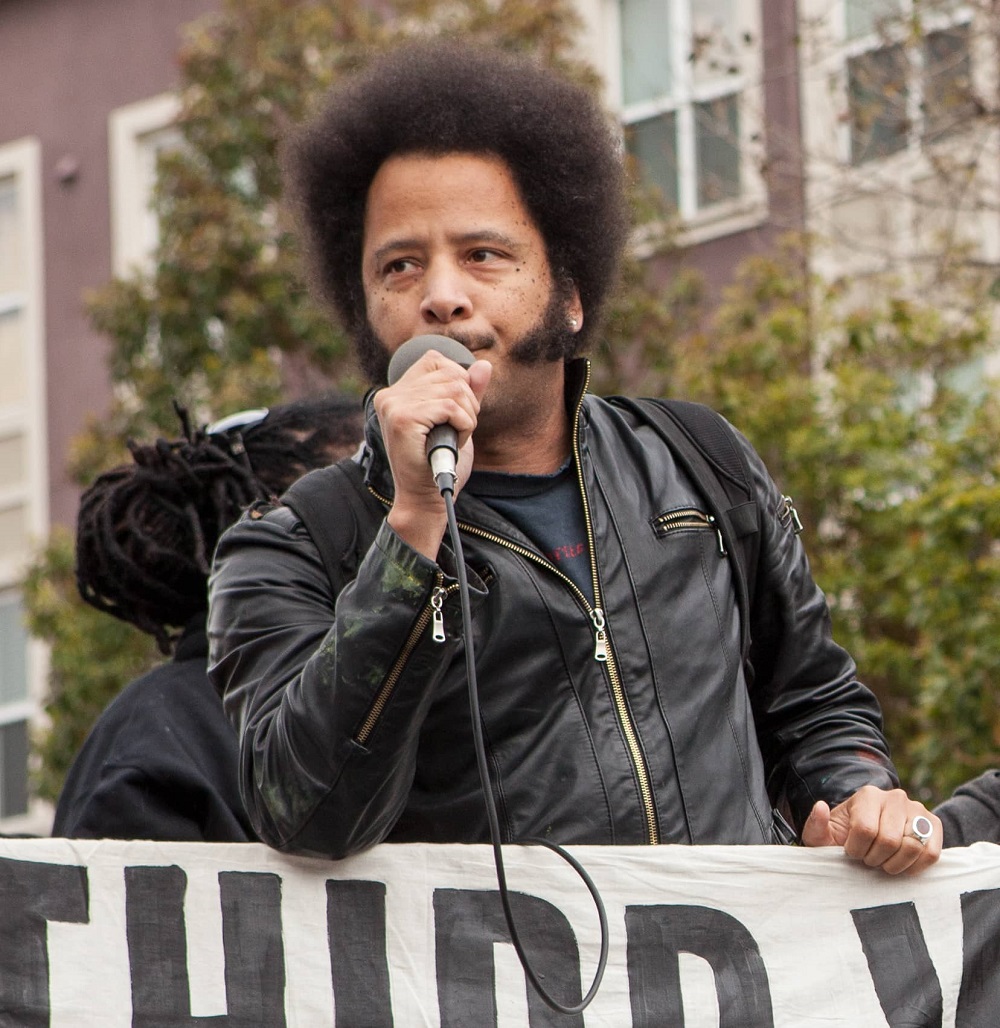 “Sorry to Bother You” is a brilliant Black comedic, anti-capitalist satire film that was written and directed by Boots Riley. The story follows a young Black telemarketer and takes us through the lows of working at the bottom tier of a big corporation called WorryFree. There are a number of incredible themes that this movie so carefully and accurately illustrates, which makes it a must see for everyone.

The person behind the film

Boots Riley, the writer and director of “Sorry to Bother You” debuted his filmmaking career with this movie. Before the writing of this piece, he was, and still currently is, the leader and producer of the musical group “The Coup” – which was formed in 1991, with roots in Oakland, California. Their sound ranges from punk to hip hop and soul. Their latest album release came out as the film’s soundtrack in 2018 and has the same title as the film “Sorry to Bother You”. In addition, Riley is a known and well-respected anti-capitalist.

Riley wrote the script for this film back in 2012, and altered next to nothing to fit the setting of the times for its release in 2018. It was almost as if Riley saw into the future with this script as there were allusions made to the U.S. Donald Trump presidency in respect to his famous slogan “Make America Great Again.” This slogan is tied to the white supremacist violence in the U.S that is still rampant today.

The inspiration for this film can be said to have come from Riley’s anti-capitalist views and fueled by his talent in the direction and writing department. The title of the movie refers to a common phrase used by telemarketers. However, it also doubles as a phrase usually said when the person on the receiving end is hearing something that is either uncomfortable or unfamiliar to them. It is an intelligent title, because being a recipient of a telemarketer call is something that a majority of people can relate to. It may present itself as a satire, but it is truly something that we are all familiar with deep down.

Some themes of the film

As previously mentioned, the big, million-dollar corporation that our main character – Cassius Green – works at is called WorryFree. At WorryFree, there are levels of workers with different abilities, as there are in any business. At the bottom, there are the telemarketers like Cassius Green. These callers allow the business to thrive, but they are treated poorly. Cassius Green starts off making minimum wage, which is less than a livable wage. Then there are the managers of the telemarketers who barely earn more than the telemarketers do. The levels of workers go all the way to the top of the corporation where there is one single leader: a rich white man. In order to do well at this corporation, Cassius adopts a “white voice” which he uses while calling and trying to recruit clients. The white voice is a voice that makes the caller sound more white-passing – a term that refers to when someone alters an aspect of themselves to seem as if they are a white person. In this case, the “white voice” adopted by Cassius Green makes him seem as if he is white, since his clients can only hear his voice.

A prominent theme in this film is the deep drawbacks of capitalism. Capitalism, according to the Oxford English dictionary, is “an economic and political system in which a country’s trade and industry are controlled by private owners for profit, rather than by the state.” The most important thing to note here is that the economic system is made of private owners, who are only seeking monetary profit. They will try hard to get as much profit as possible, especially at the expense of the workers of the corporations. In this case, the telemarketers are the backs upon which the private owners make profit off of. That means that these workers are not getting paid enough to live comfortably; they are being overworked, and they are not being respected as people.

Does this sound familiar? Many critics of the film saw a similarity between WorryFree and Amazon.com, Inc. Capitalism is only making rich people richer and is exploiting workers for their time and their labour, which ties into the slave labour aspect of this movie. Even though the workers have a choice whether to work there or not, capitalism is still at play in every job. It is a system that is almost near impossible to escape. To make it even harder, businesses usually suggest that there is a way to work up the ladder, to go from being a minimum wage worker, to potentially a big manager over time. The promise of a better job would make the person want to continue working until they are recognized for their time and their worth. Boots Riley so effortlessly captures the reality of capitalism in North America, and how detrimental it is to the average person’s wellbeing.

Another theme in this movie is the prominence of the “white voice” in the workplace, and how far it can take you. The first time I watched this film and came across the white voice, I was simply in awe of the reality of it, of the delivery. This theme may seem simple, but it runs so deep, especially for me as a Nigerian immigrant with friends and family in the same position. I cannot count how many times I have heard stories of people having to change their names in order to fit into the North American workplace, or how many times I have heard people try to change their voice to sound “clearer” to customers. It always broke my heart, even as a child, to hear other children upset because their accent was “too thick” and the kids at school could not understand them. This theme is relatable to Black Americans and Canadians whose accents and English have been referred to as “ghetto.” The term ghetto, according to the Urban English Dictionary, is “a derogatory term used towards individuals from poor living and upbringing conditions.” In the U.S. and Canada, this term is directed at Black people with the intention to insult them. Cassius Green adopts the “white voice” as it presents itself as the only way to succeed in the workplace. Where do you think the “white voice” will take Cassius? That is something that you will have to find out when you watch the film!

A film analysis is not complete without an appreciation of the cinematography and direction. Boots Riley was able to capture the film in such a way that truly draws the viewer in. It is as if you are living through Cassius’ experiences with him. The intimacy of the camera angles in various scenes, the camera cuts between scenes, and even the colour palette of the film is truly a unique experience. The attention to detail and planning that went into each scene, the costumes, the makeup, even the advertisements that are portrayed in the movie are so intricate and purposeful, it deepens the cinematic experience.

“Sorry to Bother You” is a must watch film. There are so many important themes that have not been mentioned in this article. It is not often that you come across a brilliant film that tackles such hard subjects, including racism, capitalism, and slave labour; yet it is still able to deliver its message in a comedic, satirical way. This film will surely leave you on the edge of your seat!

“Sorry to Bother You” can be streamed on Netflix, Youtube, and Amazon Prime in Canada. Happy watching! 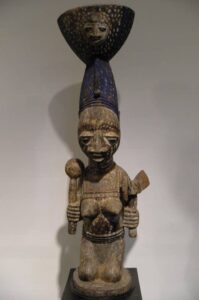 Previous post The goddess Oshun and spirituality within the Black community 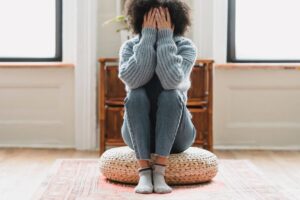 Next post Mental health impact of COVID-19 on Black Ontarians: Who is doing something about it?

One thought on ““Sorry to Bother You” – A film analysis”