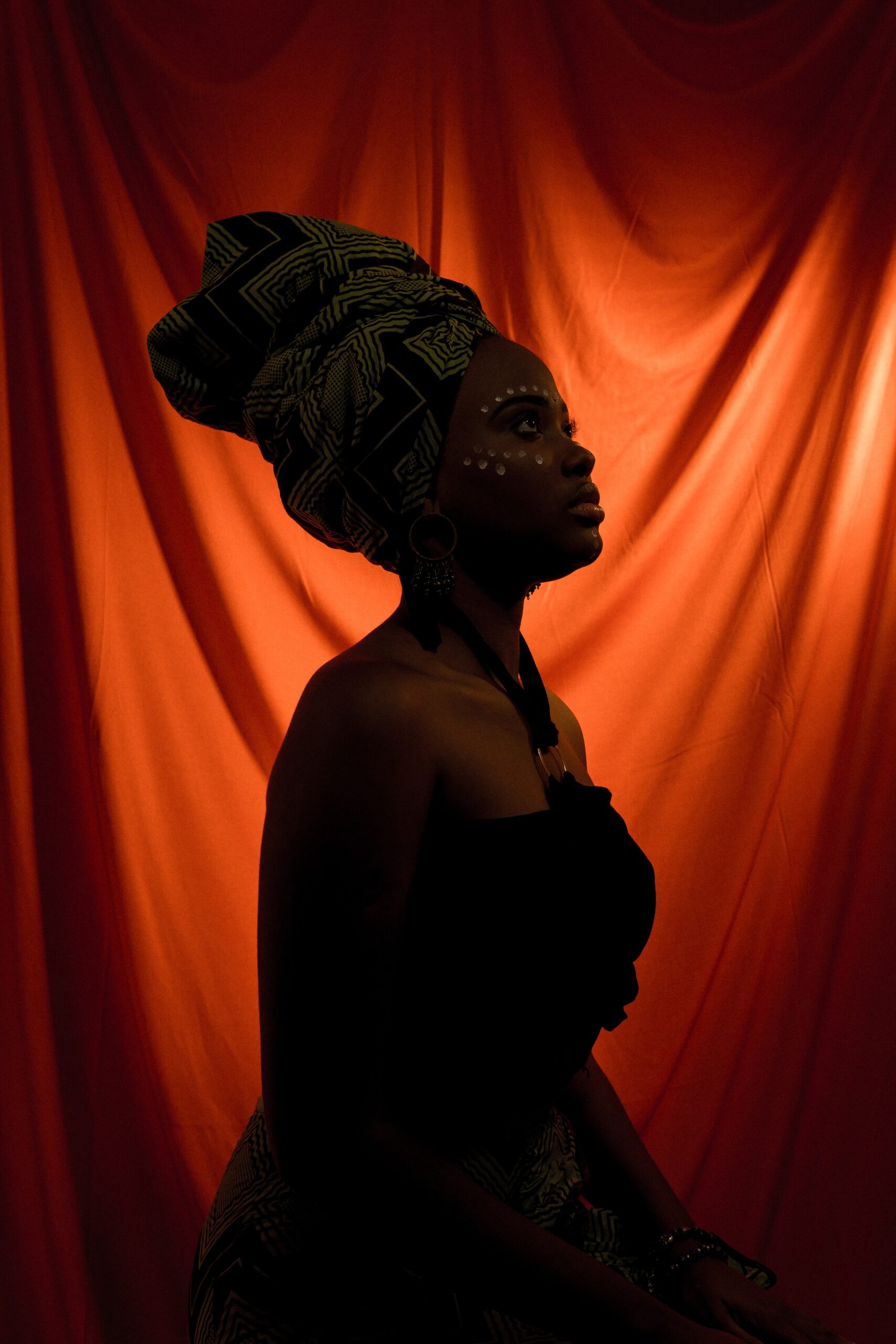 Greek, Roman, and Norse mythologies have been prominent in mainstream culture for decades. These mythologies are illustrated in books and movies such as Disney’s Hercules, Rick Riordan’s modernized interpretations of the Gods of Olympus, the God of War game series, and Marvel’s Thor comics.

What about African mythology? Africa, home to 54 countries and many cultures and ethnicities, offers a distinct mythology. These legends hold as much significance as ancient European mythology and should be studied and celebrated.

Why African Mythology is Important

African cultures are commonly expressed through arts and crafts, folklore, religion, clothing, cuisine, and languages. Many African countries use storytelling as a form of entertainment and communication among people.

Mythologies are embedded and transmitted by storytelling among families or through sacred rituals. Africa is an extremely diverse continent, meaning each myth or legend originates within a unique space, is a product of diversity, and a reflection of African history.

Here are six of the most renowned African myths and the lessons that they teach:

In Khoi legend, the supreme God Kaang created the world but sent death and destruction after seeing how much hatred, conflict, and disobedience plagued the people he created. Kaang embodies all living things.

One day, Kaang’s wife gave birth to an African antelope, an eland, which was nurtured by Kaang. However, Kaang’s two sons accidentally killed the eland son, which infuriated Kaang. Remains of his eland son were scattered across the landscape, morphing into antelope and other animals. This ensured meat was provided to the masses for people to hunt, kill, and eat.

The Bushmen, known as the Saan or the Khoi people, were nomads rumored to have become farmers due to land ownership rights and the pollution of previously fertile land.

Their original hunter-gatherer lifestyle and territory extended from Cape Town to Kenya. These nomads were experts at locating food and water and were often perceived as sages. They provided advice using their precognitive dreams and psychic capabilities.

Akom, the religion of the Akan people of Ghana and the Côte d’Ivoire, produced the Akan’s mythology, where humanity existed underground. One day, seven men, five women, a leopard, and a dog crawled out of a hole made by a worm and were fascinated by the new world they discovered. Adu Ogyinae was the first to look out of the hole.

Ogyinae understood the intricacies of the new world and recognized its wonders and mysteries. His partners were terrified to be living in a new world, so he comforted them through prayers. Adu Ogyinae took charge and divided his group into teams. Through his hard work, he coordinated blueprints for the first buildings and shelters for civilization. His work as a leader ended abruptly when he was killed by a tree that he chopped down.

This tale originates from the Kikuyu people, who believe in the Lord N’gai. N’gai planned to grant all creatures with equality over land, and hippopotamuses were the animals of the forests and plains. However, the hippopotamus is a greedy animal, with plenty of food and no predators.

The lazy animal, burdened by his new weight, suffered from the heat of the midday sun. Every day, the hippo would travel to the river to drink water and would envy the fish who never had to worry about the heat. He wished he could live among the fishes submerged in cool water.

The hippopotamus pondered over his trouble for many days and eventually decided to approach The Lord of All Creation with his problems. “Please, Good Lord N’gai” he cried loudly to the heavens upon one particularly hot day. “Allow me to leave the forests and the plains. Let me live instead in the clear, cool waters of your rivers and lakes, for the heat of the fiery sun is killing me!”

“No,” replied Lord N’gai, “for my little fishes are very dear to me, and if you were to live in the rivers and lakes, you might change your eating habits, and begin to eat those little fishes. That would never do. No, you must continue to live upon the dry land.”

The hippopotamus stayed in the forests and plains miserably, where the sun continued to beat down mercilessly upon his unprotected hide. “This is more than I can bear!” moaned the creature. “Please, please, Good Lord N’gai, let me leave the forests and plains, and become a creature of the rivers and lakes, I promise most faithfully that I will not eat your little fishes.”

Lord N’gai was confronted with thoughts while looking down at the plains in the tropical sun. Eventually, his heart softened. “Very well,” he agreed, “I will allow you to live in my rivers and lakes, but how will you prove to me that you are not eating my little fishes?”

“I will lie in the cool water by day, and at night time, I will browse along the banks of the rivers,” replied the hippopotamus. “I promise that I will not eat your little fishes.”

“But that will not be proof to me that you are keeping your promise!” said The Great Lord N’gai.

“Well then,” answered the hippopotamus, “I will come out of the water every time that food passes through my body, all that I have eaten will be spread out in your sight, and you will see for yourself that there are no fish bones. Surely this will be proof enough!”

This tale explains why hippopotamuses will not eat fish.

The Biloko are mythical dwarf-like creatures that roam in the rainforest regions of central Zaire. These creatures are restless ancestor’s spirits who resent the living. They are the guards of the forests and the creatures they live with. Women tend to lose consciousness at the sight of them, and only the brave hunters enter those forests and survive.

The creatures do not have hair and have long sharp claws and sharp-toothed mouths. Their mouths are large enough to swallow a human whole. They also have a tendency to curse and eat those who come under their spell. They reside in hollowed-out trees in the rainforests.

Angolan folklore offers a special lore about death. Chief Kitamba, a king who lived in Kasanji, was affected by the death of his wife Muhungu, he ordered his people to go on a hunger strike and avoid talking until she was brought back to life.

His men asked a medicine man to fetch the Queen from Kalunga, known as the world of the dead. The doctor cautioned the people of the village to wash themselves with infused herbs and then descended into Kalunga with his son.

The man and his son located the Queen in Kalunga,and she showed him Kalunga-Ngombe, the lord of the underworld. She explains that in the end, Kalunga-Ngombe ends up eating everyone. She also shows him a surprise—the chained-up spirit of Chief Kitamba, who is destined to have a spot in the underworld after a sudden death.

The Queen sends them back and tells them that any spirit that comes to Kalunga can never leave, and to avoid mentioning the Chief’s death. If he broke the promise, both him and his son would be forced to stay in the underworld forever. When he returned, he gave the chief a funerary bracelet, and the Chief believed that it had belonged to Muhungu.

The message behind this story is that death is inevitable, and nobody can be brought back to life. However, the Chief believing the bracelet belonged to his wife foreshadows that he will reunite with her again.

One of Ghana’s most famous deities, Anansi, the trickster god, has hundreds of tales written about him. In different stories, he embodies different animals, but his most popular interpretation uses his form as a spider. The trickster is intelligent and witty, and uses his craftiness to trick humans. He tests the moral ability of the people in these stories by getting them to engage in immoral acts, often for his own benefit. These attempts usually fail, which teaches the listeners life lessons on how to behave and ignore temptation to lead a successful life.

In one of Anansi’s tales, he hoarded the wisdom of the entire world and put it into a pot for his own benefit. He then hid the pot at the top of a tree where nobody else would be able to find it. He tied the pot to the front of his torso and tried to climb the tree, but his progress was too slow, as he kept losing his grip and sliding back down.

Anansi’s son, following him up the tree, asked why he did not tie the pot to his back, making it easier to climb. Taking his son’s advice, he tied the pot to his back, but then it slipped and fell to the ground. The pot shattered, and all the wisdom spilled out onto the forest floor. Suddenly a rainstorm occurred, and the wisdom mixed with the rain streamed down into a river and poured into the ocean, making wisdom accessible to the world through the waters of the ocean.

There are many more myths and legends to explore in Africa. You can check out The Myth Encyclopedia’s resources to learn more about African folklore and the lessons they teach readers. 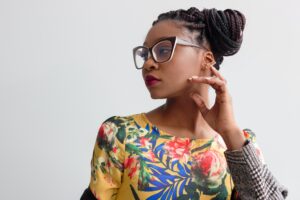 Previous post The Roots of Our Roots: How Braids Became a Cultural Icon for Black People 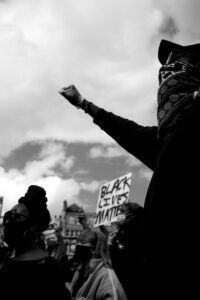 Next post I AM WHO I AM / NICOLE CUMMINGS-MORGAN